The fascinating cross-cultural influence between Alphonse Mucha and Japanese art 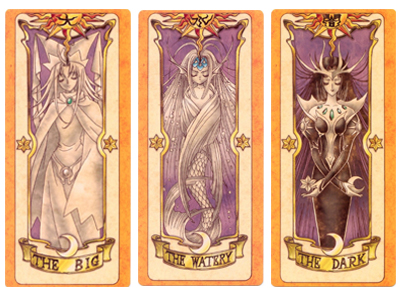 One of the most compelling aspects of art is how a particular style will take on a life of its own – born out of a unique way of thinking, no one can predict where it will end up. It organically becomes its own living force, shaped in personal ways by the different artists it inspires.

This influence between styles and cultures could be seen in full force when over 8000 people lined up daily at the National Art Centre Tokyo to see Alphonse Mucha’s The Slav Epic in person. The exhibit was brought to Japan in 2017 to celebrate the Year of Czech Culture, which became the first country outside of the Czech Republic to ever host the famous The Slav Epic in its entirety. We know Japan has a deep appreciation for Alphonse Mucha and his work but how has Japanese culture influenced the Czech artistic icon? Like many artists of his time, Mucha was inspired by Japonism when it reached its peak in Paris at end of the 19th century. And though he is known best for The Slav Epic, it was Mucha’s earlier beginnings as the “King of Art Nouveau” that illustrate how his designs were particularly inspired by Japonism.

Mucha and the Japonism influence

‘Japonism’ is the term used to describe the study of Japanese art, and more specifically, its influence on European art. It was Japanese woodblock prints, known as “ukiyo-e” (‘pictures of the floating world’) that particularly inspired Mucha. Their elaborately detailed designs and whimsical floral patterns caught his attention, along with their subject matter of everyday scenes like natural settings and candid portraits. In addition to subject matter and style, the Japanese woodblock prints also displayed a fresh take on how perspective can be used to add to the story. Typically, the observer’s sightline is from above and set at a slight angle, allowing us to take in the setting all at once. It’s almost as if the scene is taking place from a stage, and we’re observing it from the audience, slightly below.

This is showcased in Mucha’s first of many posters for the French actress Sarah Bernhardt. When we look at this painting, we feel like we’re getting a glimpse of what it’s like to watch the Bernhardt in the actual play the poster advertises. This perspective already puts us in the position of admirers, and it keeps us wanting more. Bernhardt is dressed in Neoclassical robes wearing a crown of flowers, and holding the branch of a plant. An arch of ornately decorated typography hangs over her, giving the sense of otherworldly divinity.

Along with the long narrow shape of the poster, the subtle pastel colours, and the ‘halo’ effect around the subject’s head, Mucha is clearly influenced by the elements of Japonism. This heightened artistic sensibility of his revolutionized poster design by elevating it beyond mere garish “street art”. The success of his fresh style and new perspective was the beginning of the Art Nouveau movement and the highly-recognizable, often-imitated “Mucha style”.

In turn, it is this “Mucha style” which manga borrows from today. Manga is a style of Japanese comic books and graphic novels, typically aimed at adults as well as children. Mucha’s influence is highly visible through the work of Clamp, an all-female Japanese manga artist group founded in the mid-1980s. Clamp is inspired by the distinct features of Mucha’s posters, including the saint-like fashionable women depicted, the impression of movement in the women’s figures, floral or geometric shapes, bolded typography and a distinguished framework. These elements of Clamp’s work add to the artistic canon that is the interplay between the east and west through the Art Nouveau style.

It’s this artistic interplay between Japanese art and Art Nouveau that allowed Mucha to create his famous masterpiece The Slav Epic. Through his rise to fame through this new sweeping artistic movement, Mucha received a commission from the Austrian government to design the interior of the Pavilion of Bosnia-Herzegovina. As a result, he travelled to the Balkans to gather ideas and to start sketching. The commission took 18 months to complete and it was during this time that Mucha conceived of the idea for the project which would be the focal point for the rest of his life – to create The Slav Epic. It would be his masterpiece, his monument, his celebration of the history and triumphs of the Slavic people. It’s truly beautiful to see how Mucha’s works of art still heavily influence the art we see today across Europe, Asia, and North America. Art transcends the passing of time and the physical boundaries of space, becoming a personal manifestation of the people from every background it touches.

What is it about Alphonse Mucha’s style that draws you in? What do you think of the artistic relationship between the Czech Republic and Japan? What other examples of cross-cultural art can you think of?  Leave a comment below!