Mucha’s Dream: The road to The Slav Epic 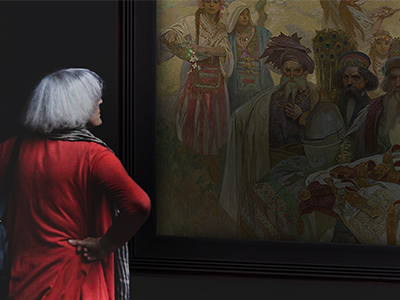 On display until the end of June 2019, the ‘Mucha’s Dream’ exhibition, at the Sakai Alphonse Mucha Museum, follows Mucha’s work from the Paris World Expo, to his return to Czechoslavkia.

The second chapter focuses on an assortment of oil paintings, including large works like that of Quo Vadis.

The final part of the exhibition displays posters and oil paintings produced by Mucha after returning to his homeland of Czechoslovakia in 1910. Also included are bank notes and stamps, designed by Mucha, for the new Czechoslovak Republic, founded in 1918. This chapter also includes larger works, related to Mucha’s monumental masterpiece; The Slav Epic.